Gilbert Taylor, the British director of photography on Star Wars and on dozens of other great movies, died on Friday August 23 at his home on the Isle of Wight. He was 99, which surely makes him the longest-lived member of the Star Wars crew. 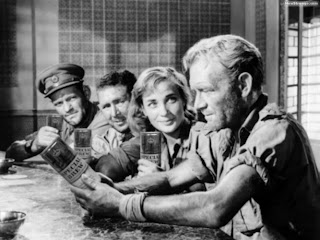 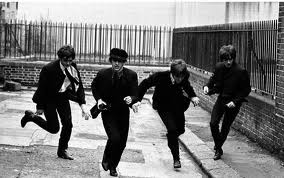 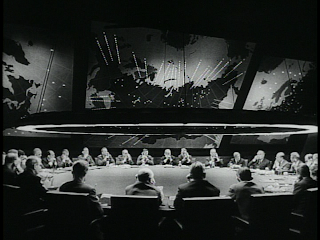 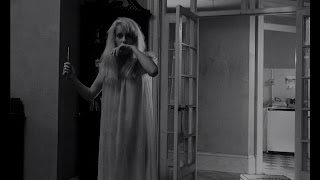 As the BBC's report on Taylor's death hints, his relationship with George Lucas was not warm, and Gil Taylor was one of those people whose efforts have been pretty much dismissed in official accounts of the making of Star Wars.

Even before Star Wars, Taylor's filmography was highly impressive. In the 1950s, he had lit such memorable British films such as Front Page Story (1954), Woman in a Dressing Gown (1957) and Ice Cold in Alex (1958). Then came a succession of ground-breaking movies in the 1960s: the Beatles' film A Hard Day's Night (1964) for director Richard Lester, Dr Strangelove (1964)for Stanley Kubrick, and two films for Roman Polanski – Repulsion (1965) and Cul-de-Sac (1966). One thing all the above films had in common is that made memorable use of black and white film.In the 1970s, Taylor had worked on Hitchcock's penultimate film Frenzy (1972) and was fresh from Richard Donner's blockbusting horror The Omen (1976) when George Lucas and Gary Kurtz hired him for Star Wars. But the relationship was not a happy one.

I've written in a previous post about the clash of cultures that seems to have existed on the set of Star Wars. Kurtz, speaking in the DVD documentary Empire of Dreams, recalled Taylor as “a very old school cameraman, very crotchety. George, coming out of low-budget film-making, was used to doing a lot of things himself, so George would say things like ‘Well, put a light there’ and Gil took offence at that kind of thing. He says, ‘That’s not your job, son. You tell me what you want to see and I’ll do it the way I think is best to create what you want to see.’”

Kenny Baker recalled in Garry Jenkins' book Empire Building: "He used to turn up on the set in his E-Type Jaguar, he was a real gentleman farmer type. He was always effing and blinding, but in this frightfully Sussex farmer accent." Kurtz and Lucas reportedly considered firing Taylor but feared a revolt among the crew.

But in a 2006 interview with American Cinematographer, Taylor suggested that Twentieth Century-Fox executives actually backed him over Lucas when the two disagreed over the way Star Wars should be shot. Recalling an early scene filmed in Tunisia, of the droids crossing the desert, Taylor claimed that Lucas's demand for heavy filters was set to ruin the film: “I thought the look of the film should be absolutely clean; also, I was mindful that there was an enormous amount of process work to be done in America after we finished shooting in England, and I knew a crisp result would help. But George saw it a differently, so we tried using nets and other diffusion … I told him it wouldn’t work, but he said that was the way he wanted to do the entire film, all diffused.”

Having won that battle thanks to those Fox executives, Taylor claimed he faced more problems at Elstree because John Barry's sets were so dark. “My work was a matter of chopping holes in the walls and working the lighting into the sets, and this resulted in a ‘cut-out’ system of panel lighting using quartz lamps that we could put in the walls, ceiling and floors. I thought I was going to get sacked, but Fox agreed that we couldn’t have this ‘black hole of Calcutta.’ So George concentrated on the actors while I took care of my end … But he still wouldn’t talk to me, really. He was very much preoccupied.”

In another interview, published in an Empire magazine supplement in 1997, Taylor said: “I’ve had good relationships with most of the directors I’ve worked with. I attempted it with George but he doesn’t make friends easily. Every day we would go to see rushes, and never did George say he liked anything. I don’t think he paid anyone a compliment.”Interviewed in 2005 at Jedinet.com, the then 91-year-old Taylor went further: “I think I gave the original Star Wars the special quality which made everyone love it so much... I do not think any of the Lucas movies is loved like the original.”

Unsurprisingly, given the clash of personalities on set, Taylor wasn't invited back for the Star Wars sequels. But he was director of photography for the VHS tape which formed part of Star Wars: The Interactive Board Game in 1996 – shooting footage of another virtual outcast from the Star Wars galaxy, Dave Prowse, as Darth Vader.

How much credit should we give Taylor for the look of Star Wars? When his own recollections were so at odds with the view of Lucas and Kurtz, it's hard to tell. But he clearly was a cinematographer to be reckoned with – as a look at his filmography, from those early British movies to the likes of Dracula (1979) and Flash Gordon (1980) will tell. On Star Wars, Taylor seems at the very least to have been the leader of a band of hard-bitten old British pros, whose sometimes uneasy relationship with their young American director somehow resulted in a great movie.

One of my favourite Star Wars stories, told in John Baxter's 1999 biography of George Lucas, illustrates the gulf between the old-fashioned, no-nonsense techniques that were frequently used on set in 1976 and the CGI wizardry of later years.

While working on the 1997 Special Edition of Star Wars (by then, of course, long-since re-titled Episode IV: A New Hope), the restoration team at Industrial Light and Magic reportedly spent weeks trying to identify the special filter which Taylor had used in overcast weather in Tunisia. Once they cracked the mystery, they would have to write image-processing computer programs to mimic its effects. It was George Lucas who solved the puzzle: Taylor had placed a nylon stocking over the lens.
at 16:19

Without the mavericks there's no progress, but never discount the hard won experience of the masters.

Decades later, Copolla would seek out and hire Michael Powell as cinematographer on Cape Fear.