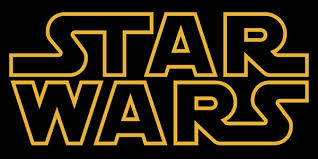 Around here, we don't tend to use the phrase A New Hope.

I suspect that may have cost me a bit of Google traffic, but there's a reason for it.

This is a blog devoted to Star Wars as it was released, enjoyed and debated in the 1970s. Back then, people thought that if there were more Star Wars films, they would be straightforward sequels. There was no suggestion that Luke Skywalker's first adventure was the middle of a multi-chapter story. Hence the title of this blog: Episode Nothing.

Star Wars debuts part 2: The first work of the people behind the film


Last time, I looked back at the earliest work of some of the older people behind Star Wars. We found that the earliest film to share personnel with George Lucas's film was probably Rookery Nook, the 1930 British movie which had Gilbert Taylor as assistant cameraman.

Star Wars debuts: The first work of the people behind the film

Star Wars owed its huge success largely to the young people who came out to see it, but many of the those who made it were industry veterans. Some had been working for almost half a century.

Today, Episode Nothing looks back at the debuts of some of the key talents involved in the original 1977 film.

A trivia question for you: Who did exactly the same job throughout the Star Wars original trilogy and prequels?

I won't concern myself here with what I thought of the new film. (I'm intending to blog about that next week at Amazing Stories.) But it seems like a good time to consider Solo as played by Harrison Ford, and the reasons he was so important to the success of Star Wars.