Episode Nothing's occasional look at the characters of Star Wars continues with a look at the series' then-mysterious villain.

Almost all the Star Wars film posters had one common element. It was also common to the book cover, the first issue of the comic and the back of the soundtrack LP. It was the helmeted visage of Darth Vader, appearing out of the darkness. The constant repetition of that motif is a measure of how much the film's villain dominated everyone's memories of the film. 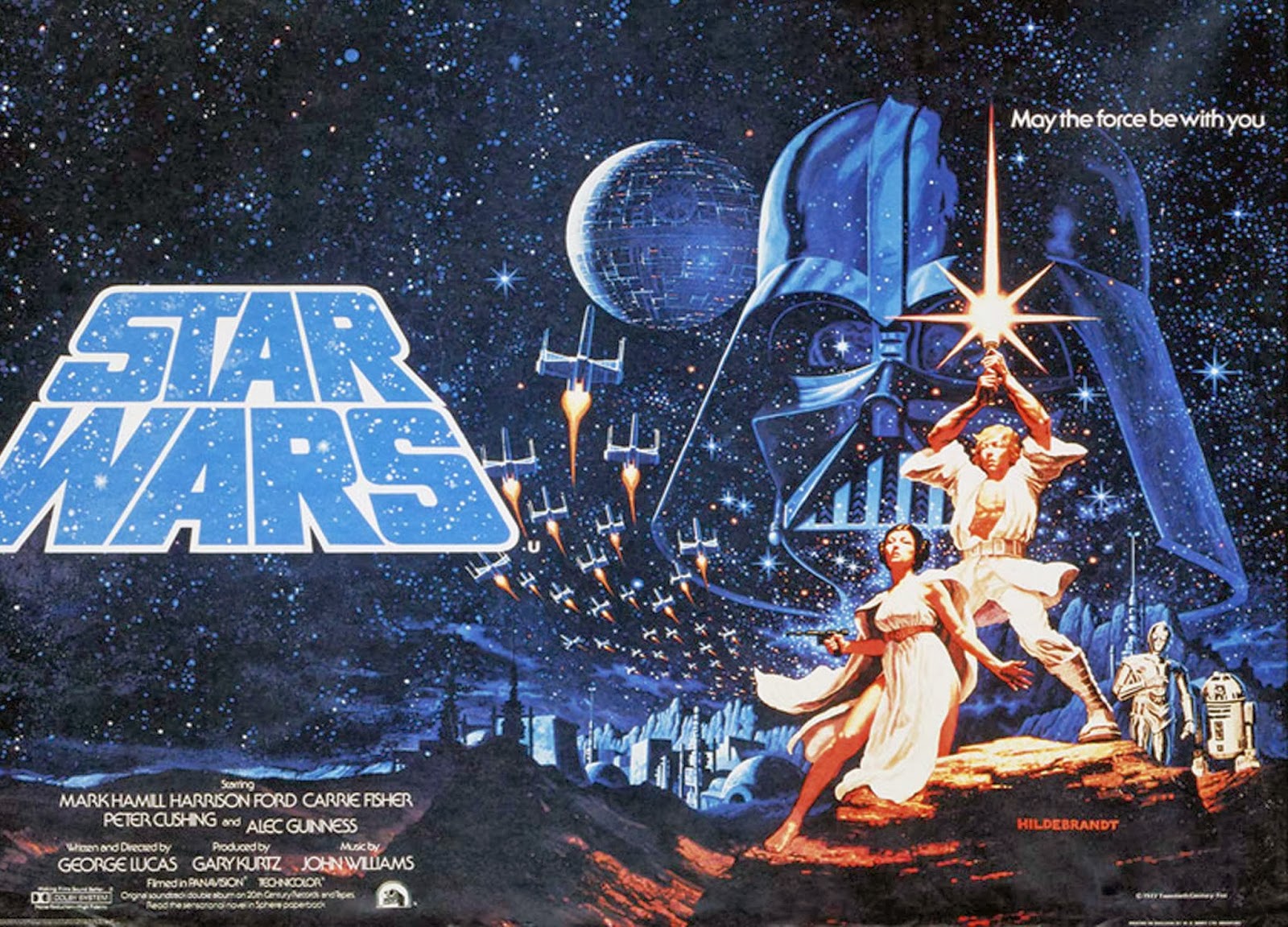 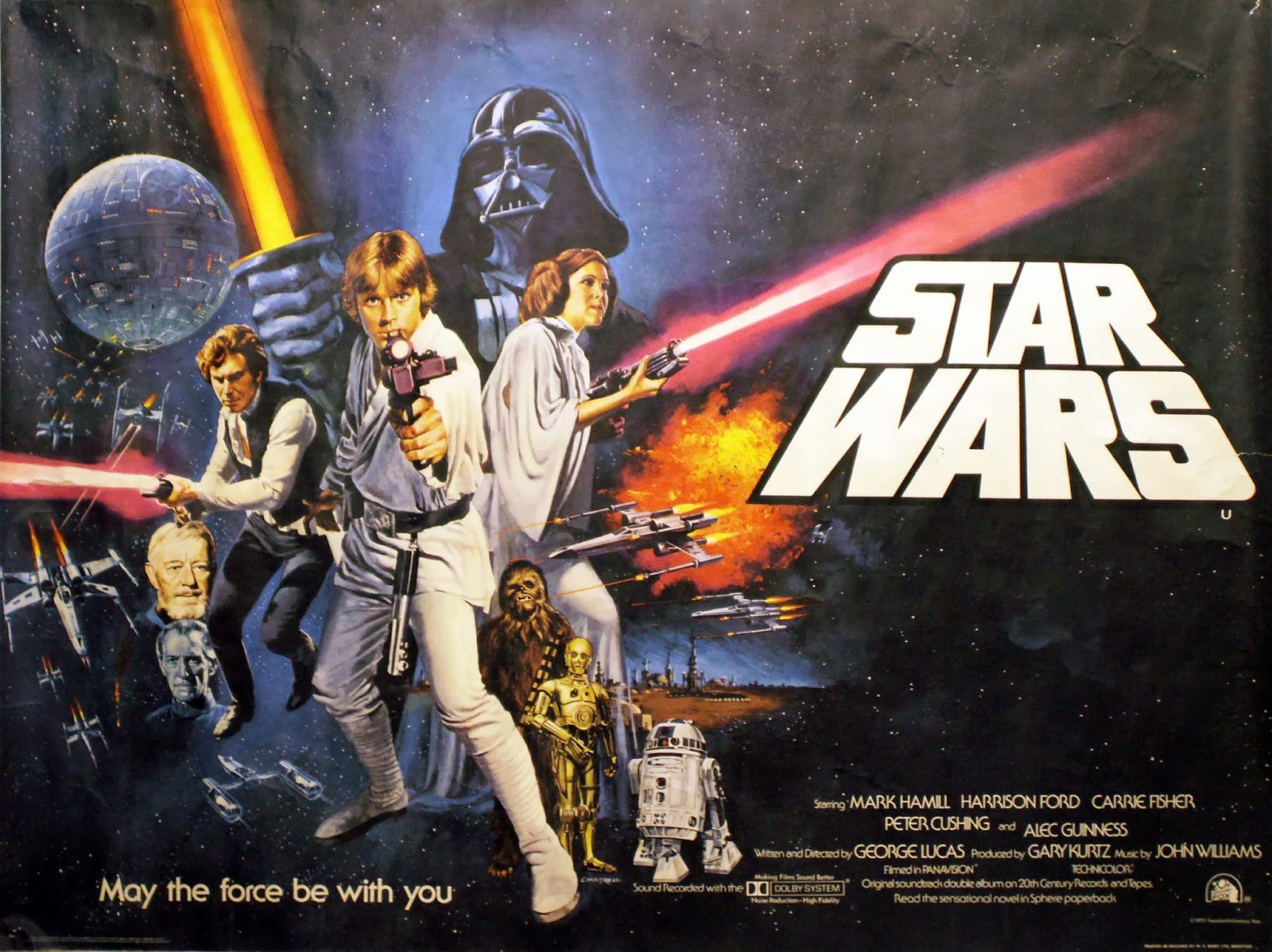 You could hardly accuse Star Wars of giving Darth Vader more than his fair share of screen time. What's more, he isn't even the the chief executive officer as far as villlainy goes in the story – he answers to Grand Moff Tarkin, who himself presumably reports to the briefly mentioned Emperor. And yet Lord Darth Vader (as he was originally called in the film's credits) was instantly memorable as one of the great film bad guys.

Given how much was added to the character in the sequels, the spin-offs and even the other literature that was around in 1977, it's surprising how little we are told about Vader in the film. We know he was once a Jedi, a pupil of Obi-Wan Kenobi's, who was “seduced by the dark side of the Force”. We know he “betrayed and murdered” Luke's father. And we know that he can tap into the Force pretty spectacularly, despite it being derided by others as an “ancient religion”. But that's about the extent of it.

That sketchy history is enough to give Vader a certain resonance, though. We get the Biblical implications. This man was once one of the guardians – an angel with a flaming sword – but at some point he fell as irredeemably as Lucifer.  We don't know what lurks under that metal helmet. We don't know why he's in there and what his history is with Obi-Wan and Luke's father. There's a lot we haven't been told.

Some of his history was expanded upon in the official back story that was told in comics and magazines at the time. Through those sources, we knew that Vader was supposed to have fought a duel with Obi-Wan Kenobi and fallen into a volcanic pit, from which he emerged horribly scarred and dependent on a machine to breathe.

That brings us to the other things that made Vader memorable: the look and the sound of him. His helmet, developed out of the original production illustrations by Ralph McQuarrie, is a great piece of design. But I suspect that, on set, people must have wondered whether Vader would work on screen. A man in a mask striding about in a cape and leather trousers stands a good chance of looking ridiculous, however impressive the mask. Yet Vader works brilliantly, partly because of the way George Lucas and Gil Taylor made that costume look on screen, and partly because of what was added afterwards. James Earl Jones's voice, as processed by Ben Burtt, gives the character a distinctive and resonant sound he might not otherwise have had. And Burtt's sound effects play a vital role. It might be difficult for today's audiences to appreciate just how creepy that constant mechanical breathing seemed in the 1970s, but plenty of people found him terrifying. The sound of bones snapping when he throttled a hapless Rebel at the start of the movie was pretty gruesome too.

If Vader remains a mystery to the audience, he is pretty mysterious to Luke Skywalker as well. Star Wars must be almost unique among adventure films in not having the hero meet the villain. They never get closer than Luke spotting Vader when he duels with Kenobi at the other end of the Death Star hangar bay, or Vader getting Luke's X-wing in his sights during the climactic run down the space station's perimeter trench.

The screenwriting textbooks would surely tell you that the hero has to confront the villain at the climax of the movie, but somehow Lucas had so much to pack in that he didn't get to that bit. And there was so much astonishing detail in the film already that we, the audience, didn't much mind. Lucas was leaving himself plenty of material for a potential sequel – and leaving us guessing about what this archetypal dark angel was all about.

Fascinating article - as ever!