The critics strike back: How Star Wars was blamed for the death of intelligent film-making

As we saw in this post about the contemporary reviews of Star Wars, the film met with an overwhelmingly positive reception in 1977. But within a few years, Star Wars was being held responsible for everything that was wrong with cinema.

The backlash against Star Wars

Before long, critics started identifying the success of Star Wars as the moment when decided that making films for adults was a mug’s game and that the real money lay in pandering to kids.   Richard Sylbert, former head of production at Paramount, recalled to Barry Norman in 1987 that the industry had been “reasonably healthy” as of the mid-1970s, with movies like The Godfather, Shampoo and Chinatown all having made good money.   “It was an industry in which the pictures that did make money were pictures about grown-ups in a grown-up world,” he said.  But by the late 1970s, George Lucas and Steven Spielberg had been responsible for seven of the top-grossing films in history.  “The whole culture became adolescent--and the grosses improved enormously,” said Sylbert.

Syllbert was not blaming Lucas and Spielberg personally, and rightly pointed out in his book Talking Pictures: The Story of Hollywood that Jaws and Star Wars were the “original and inventive work of highly gifted men”, adding that “it’s most unfair to find their creators guilty of the excesses of their unsought imitators”.

But this argument was rapidly gaining credence. 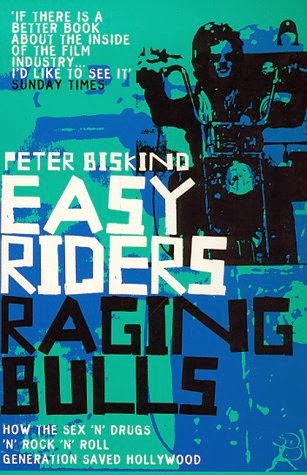 This view of in the 1970s was engagingly presented in Peter Biskind’s 1998 book Easy Riders, Raging Bulls: How the Sex ‘n’ Drugs ‘n’ Rock ‘n’ Roll Generation Saved .  It’s a great read, a lively account of a brief era when a new generation of directors was given unprecedented autonomy and used it to make some fresh and challenging movies.  But Biskind had little time for Star Wars, arguing that “whereas the most sophisticated directors of the ‘70s, like Altman, Penn, Scorsese and Hopper, were deconstructing genre, Lucas, like Spielberg, was doing the reverse, gentrifying discredited genres of the past, in this case by yoking the dazzling special effects Kubrick pioneered in 2001 to the matinee serials of the ‘30s.”

It’s plainly true that the studios were much less interested in taking a punt on mature or offbeat movies following Star Wars.  But we shouldn’t get carried away with the idea that prior to Star Wars, one masterpiece was following another out of Hollywood, because that’s not how many people remember that period. I mentioned in an earlier post the uninspiring list of films that were on release at the same time.  Who has fond memories of The Dirty Half Dozen or Young Lady Chatterley?

In fact, Biskind’s own book points to plenty of other reasons for big name directors having their autonomy taken away towards the end of the 1970s, apart from the success of Star Wars.  Chief among these were inflated pretensions, box office failure (Michael Cimino's Heaven's Gate being the epitome of this) and the fact that a lot of the time, many of these gifted directors were off their faces on cocaine.

Tom Shone and Star Wars: the case for the defence 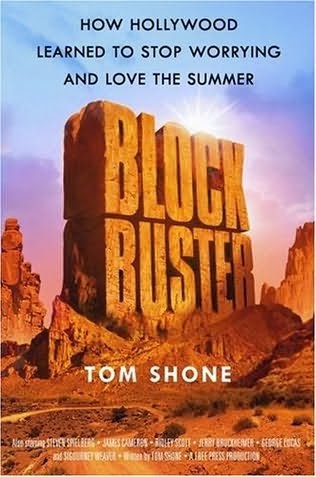 In 2004, a book came along that was as entertainingly written as Biskind’s but demolished some of his more pious arguments. Tom Shone’s Blockbuster: How the Jaws and Jedi Generation Turned Hollywood Into a Boom-Town took issue with “the conviction, shared by almost everyone … that all it took was a single shot from Lucas’s laser cannons to bring down the Camelot that was American film in the seventies”.  He warned that “if you spend your movie-watching life according to Biskind’s fierce ideological strictures, you’re going to be spending an awful amount of time in the company of Dennis Hopper”.  Shone told us in amusing prose what many of us had long wanted to hear: Liking Star Wars or Jaws did not make us bad people.

It’s unfortunate that the success of Star Wars was to send in perpetual search of the next big fantasy blockbuster. But George Lucas did not have an evil plan to conquer the entertainment industry – and we should try not to let the intervening 37 years of summer blockbusters blind us to how fresh and exciting Star Wars originally was.

What's more, those who wax nostalgic for the more personal work of directors in the early 1970s surely miss one thing: Star Wars really was George Lucas's personal vision, as surely as Mean Streets was Martin Scorsese's. What's more, he had gone through plenty of battles with the studios to get American Graffiti and Star Wars made the way he wanted.

If the 1970s were indeed the golden age of exciting, director-led cinema, I don’t think Star Wars was the end of it.  I think it was one of that era’s finest moments.