Star Wars on CD: Which soundtrack releases are the best? Part two.


This is part two of my look at the history of the Star Wars score on compact disc.  (My blog post on the original double-LP release of the score can be found here.)

Last time, I reviewed the 1986 CD release of the Star Wars Original Soundtrack double album and the four-CD set Star Wars: The Soundtrack Anthology from 1993.

Today's post covers the 1997 release of the score and the versions that came afterwards.


Say what you like about the Star Wars Special Editions (and I often do), but one undeniable benefit from their release was the arrival of new soundtrack albums for all three of the original films, each one getting a two-CD release.

This was the first time that every note of the Star Wars score had been released, in the order it appeared in the film.  (The concert arrangement of 'Princess Leia's Theme', one of the highlights of the original LP release, is there too, at the start of the second disc.)  The risk of releasing a soundtrack in its entirety like that is that you satisfy the obsessives and completists in the audience while alienating the casual listener – but if ever a score deserved this treatment, it's Star Wars.  The music hangs together brilliantly in this unexpurgated form, as John Williams weaves together his myriad themes and motifs to tell the story opera-fashion. There's not a note of filler material there; it's endlessly exciting.

There was also a fascinating bonus in this set: 'Binary Sunset (Alternate)'.  This was John Williams' original music for the scene in which Luke watches the Tatooine sunset and ponders his destiny, before George Lucas suggested that Williams should try scoring it with the theme associated it with Obi-Wan Kenobi and the Force.  As part of the same track, after two minutes and forty-five seconds of silence, we were given a bonus: five different takes of the Star Wars Main Title from the 1977 recording sessions, including take 16, the first ever recording of the most famous movie theme of all.

This release came in either a jewel case or in a limited edition cardboard sleeve with slip cover.  The discs with the latter version came etched with a Death Star design. Whichever packaging yours had, you received a booklet running to 30-odd pages, with liner notes by Michael Matessino, who had assembled the album for producer Nick Redman.  As he has proved on dozens of soundtrack albums, Mike Matessino is one of those people who can write about music intelligently while still making himself understood to the novice. His analysis of the Star Wars score is excellent, deconstructing John Williams' orchestrations and providing a running commentary on his use of leitmotifs for the major characters and emotions at play.

This release was a major service to film music.

By 2004, Sony Classical, which was releasing the soundtracks to the Star Wars prequels, also owned the rights to the music from the original trilogy.  It took the 1997 albums, applied its Direct Stream Digital remastering system to them and issued them in new packaging, based on the artwork that was being used at the same time for the first DVD release of the original trilogy.  There was also a six-CD set combining Star Wars with the scores to The Empire Strikes Back and Return of the Jedi, in a black and silver box again mimicking the DVD packaging.

But there was a major drawback to this release: No sleeve notes.  Whoever decided that Mike Matessino's commentary on the scores could be discarded was doing fans a grave injustice.  A release like this demands notes, and the 1997 text was perfect for the job.  Star Wars was, after all, one of the most significant film scores in history.  Compare Sony's treatment of it with the approach that was, by then, being taken by specialist soundtrack labels ­– often with the scores to much less notable films – and the work of this major label starts to look sadly inadequate.

Sony Classical marked the 30 years since the release of Star Wars by re-packaging the original trilogy scores again.

This boxed set contained eight discs: There were two each for the the score to each film in the original trilogy, as released in 1997 and 2004.  Disc seven was The Correllian Edition, a compilation of thirteen tracks spanning all six movies.  And disc eight was a CD-ROM reproducing the sleeve notes and inserts from the vinyl releases of all three original albums.  The soundtrack discs came in CD-sized replicas of the original LP sleeves and the discs themselves mimicked the 20th Century and RSO labels on the original records.

This was all very well, but, again, no sleeve notes.  Surely the series' 30th anniversary merited at least a reprint of the Mike Matessino notes from 1997, or a new equivalent?  And while the sequels and prequels are beyond the scope of this particular blog, surely the ideal 30th anniversary release would include expanded versions of the prequel soundtracks, plus the bits of Return of the Jedi that had been missing from the 1997 and 2004 releases.

Conclusion: Which Star Wars soundtrack release is the best?


Simply put – and this seems to be the consensus among other reviewers – I think you can summarise the Star Wars CD releases as follows. (I've added Amazon US & UK links for each. If you do order any of them via these links, I get a small percentage to help support Episode Nothing, at no cost to you. This does not affect my reviews.)


Get this one if you possibly can: 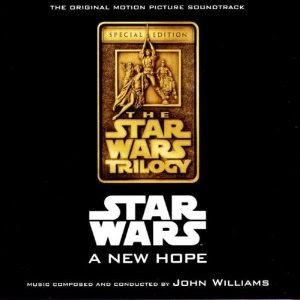 All the music, plus comprehensive liner notes.  It's out of print but really is the best release by far. 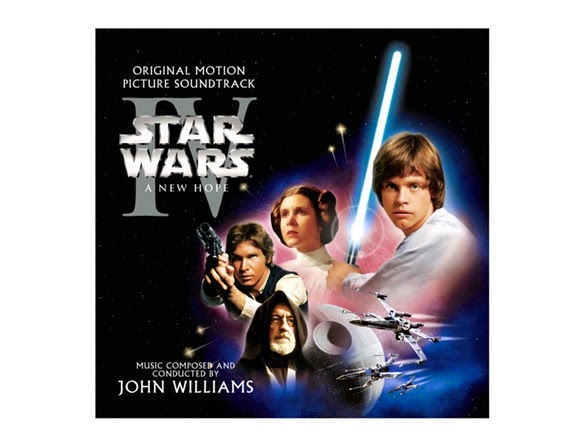 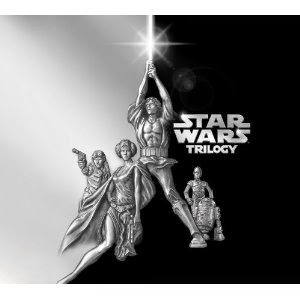 All the music's there but the lack of notes lets it down.

Get this one if the packaging appeals: 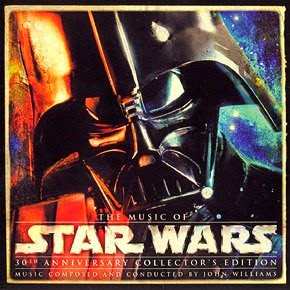 It's a shame no one thought the 30th anniversary release was worth a bit of text, but the replicas of the LP sleeves and the bonus disc of material from the vinyl releases make it worth considering.

Amazon US:  The Music of Star Wars: 30th Anniversary

Get this one for the packaging (and some of the sequel material):

A lovely release in its day.  It's been supplanted as far as the original film goes, but there's sequel material that's worth having, while the packaging and booklet would teach Sony Classical a thing or two. 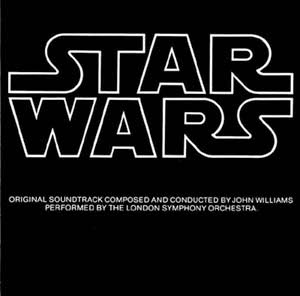 A pretty perfunctory presentation of the double-LP on CD.  If you want to hear the score as John Williams programmed it for the original release (which was a work of art in itself), you'd be better off getting a used copy of the vinyl album. The CD version is really only for people who have to own anything and everything.  And we all know Star Wars doesn't attract people like that, right?

For anyone who's interested in knowing more about the Star Wars soundtracks recordings there's a neat document floating about in "internet land" titled: Recording The Star Wars Saga - an analysis by Chris Malone @ [http://www.malonedigital.com/starwars.pdf].

And for my 2 cents... I think the special editions (from 1997 onwards) are a bit bright and exhibit a lower overall dynamic range as measured by myself (between 4 and 5 dB) when compared to the anthology set from '93.
This seems to follow the current trend of "make it crisp & loud and people will think it sounds better!"

Having said that, the anthology set is certainly not complete... and the special editions are.... so you choose :)

Thanks for the comment, Ytsejammer. Chris Malone's piece is excellent; in fact, I linked to it in part one of this post, but perhaps I should have mentioned it again in part two.
I know a lot of people agree with you about the Special Edition releases. I think I'm just not enough of an audiophile to judge. The SEs certainly give you the complete Star Wars score, although when it comes to the sequels there are various reasons for owning both the SEs and the Anthology collection.

There is no sequel stuff in the Anthology pack. It is pure original trilogy. Every tune from all the movies. It came out in 1993.

I have both the Anthology set and Special Editions from 1997.

The main thing going for the 1997 for sure is the complete(r) set of music and liner notes. But it's audio quality, much to my surprise, is not as good as the Anthology set. In some cases, it's worse by a good degree.

Example: The end credits for The Empire Strikes Back. On the Anthology set, this track has a nice stereo soundstage that matches well with what we hear on the blurays. ON the Special Edition set, it sounds very narrow...almost like a mono presentation - very disappointing! It's not at all subtle; even non audiophiles would notice it.

Those 1997 repackagings with the Drew Struzan poster art appear to be exceptionally rare, and I couldn't find ANY for sale on Ebay using various combinations of 'star wars' and the titles of the three films. Does anyone have any information on them, or maybe even own them?