George Lucas believed there might just be enough science fiction fans in the world to ensure that a film with a title like Star Wars was at least modestly profitable.

If Star Wars had been just that kind of minor success, or even a failure, the history of cinema since then might have looked very different. But so would the course George Lucas’s subsequent career. Oddly enough, even the films he made before Star Wars would be different today.


What might have happened if Star Wars was not a smash

George Lucas was 33 when Star Wars was released. He was an exhausted man, who had put every ounce of his energy into making his science fiction movie. If it flopped, the years he had sweated over his film might count for nothing.

We now know that his dedication was about to be paid off more lavishly than he could imagine. But what if it hadn’t happened that way?

What if Star Wars had just made its money back plus a little more, as Lucas had sometimes thought was the best case scenario? Or what if it had been the failure he feared?

The course of cinema ever since would probably have been very different. But here are some of the likely consequences for Lucas's own career of a less successful Star Wars – and they’re not all bad.


1. Splinter of the Mind’s Eye might have become the film sequel to Star Wars

We discussed in this post how Alan Dean Foster, who ghost-wrote the Star Wars novelisation, was also hired to write a spin-off novel, Splinter of the Mind’s Eye.

Foster said later that Lucas had asked him to write a story that could be filmed as a low-budget Star Wars II. “He was thinking if Star Wars made some money but wasn’t a big hit, he could take the existing props and costumes and do a low-budget sequel. That’s why Splinter takes place entirely on a fog-shrouded planet. I wasn’t able to use the characters of Chewbacca or Han Solo either, because the actors had not yet made a deal for the sequel,” he said.

So the sequel to Star Wars might have seen Luke, Leia and the droids stranded on the swamp world Mimban, teaming up with wookiee-type creatures called Yuzzem in an effort to get hold of the powerful Kaiburr crystal before Darth Vader catches them. And if it had been filmed the way Foster wrote it, we might have seen Leia wielding a lightsaber and Luke slicing off one of Vader’s arms. 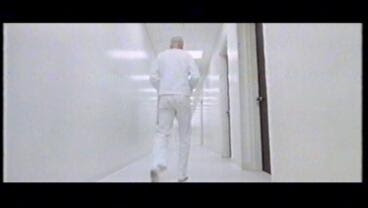 The success of Star Wars led to the re-issue of Lucas’s two previous features, both of which had suffered interference from studio executives.

THX 1138, Lucas’s bleak, Orwellian vision of the 25th century, had gone down very badly with Warner Brothers in 1971. The studio hated it so much that it pulled its backing for American Zoetrope, the company under which Francis Ford Coppola and Lucas were supposed to make a raft of their own films. Universal also had the film re-cut under experienced editor Rudi Fehr.

Lucas told the biographer Dale Pollock that the four minutes of cuts had “absolutely no effect on the movie at all”, but there was a principle at stake. “It was a very personal kind of film, and I didn’t think they had the right to come in and just arbitrarily chop it up at their own whim,” he said.

For a post-Star Wars re-issue in 1977, Lucas had the scenes put back in. Few people knew the film well enough to notice, and despite Lucas’s subsequent fame, the film was still not a success. But this restored version was the basis for future showings and the VHS and Laserdisc releases.

The changes to THX 1138 didn’t stop there, however. In 2004, the film was released on DVD, and although it wasn’t billed as a Special Edition, that’s what it was. Lucas had spent quite some time tinkering with his work. The changes are carefully documented on several websites (including this one and this one), but the thrust of the changes are familiar from the history of Star Wars: CGI creatures are added; 21st century technology enhancements are applied to 1970s film-making; and a lot of tiny changes are made that barely seem worth it. Lucas made more alterations than Warner Brothers ever had – and, of course, he has denied us the chance to see either the 1971 or his preferred 1977 cut in high definition.

3. American Graffiti would have remained the way it was in 1973 (NOTE: Includes a spoiler.)

Like THX 1138, American Graffiti alarmed the studio that had paid for it. In this case, the studio was Universal, and it initially declared that the film was unreleasable.

In the end, the cuts demanded by the studio boiled down to three scenes: Ron Howard as Steve being rude to a teacher; Charles Martin Smith as Terry the Toad being harangued by a used car salesman; and Harrison Ford as Bob Falfa singing a few bars of Some Enchanted Evening (deleted because the Rodgers and Hammerstein estate was not inclined to grant permission for the song’s use).

Again, Lucas acknowledged that the scenes in question were not hugely significant, but he told Pollock: “They were simply coming in and putting a crayon mark on my painting and saying, ‘Hey, don’t’ worry about it. It’s just a crayon mark.’”

Unlike THX 1138, Graffiti was a huge hit, so a reissue in 1978 was a sure-fire winner. This time, the film was remixed in Dolby Stereo, and the three deleted scenes were included. But there was also another barely-noticed change: One of the closing captions, telling us what happens to the male characters after the film’s story is done, was changed, altering John Milner’s death to December 1964 instead of June. The change made possible the plot of More American Graffiti, which was then in development.

The scope for CGI tinkering may have been smaller in the case of American Graffiti, but one shot was altered for the 1998 Collector’s Edition on VHS and DVD. The opening shot was changed so that the backdrop was a sunset instead of a grey sky.

Most directors would respond to a huge success by laying increasingly ambitious plans to direct something else. Not George Lucas. As we all know, he followed Star Wars with a sixteen-year retirement from directing. Scarred by the exhausting experiences of shooting Graffiti and Star Wars, he sought a new way of presiding over movies as an involved executive producer.

Lucas’s mentor Francis Coppola saw this as a sad thing for American cinema, telling the BBC’s Omnibus in 1997: “George was one of the most talented American film directors of that time and somehow with the great success of Star Wars we were deprived of those films he was going to make and might have made and instead we have an enormous industrial marketing complex.”

What might Lucas have done if Star Wars had not been a smash? In theory, it’s possible he might have become a director for hire, attached to projects he had not originated. But he had rejected that path before, after the release of THX 1138, when he was asked to direct the thriller Lady Ice for $100,000 and 15 per cent of the profits. If he had enough conviction to turn down that offer, when it was financially tempting, it seems unlikely he would direct something he had not conceived himself. (He was initially slated to direct Apocalypse Now before Coppola took it over, but he had been in at the conception of that one.)

In 1977, Lucas indicated he would follow Star Wars with small, experimental films – but he’s been saying that for nearly forty years now. What Lucas might have done as a director of non-Star Wars films is one of the fascinating imponderables of film history.


Perhaps the most frustrating consequence of Star Wars’ runaway success is this: To this day, the general audience is denied the chance to see a high quality release of Star Wars – by which I mean, the film that audiences saw on May 25, 1977.

Once he had wealth beyond the dreams of most film-makers, Lucas was able to begin ‘fixing’ his movie. In 1981, he added the subtitle Episode IV: A New Hope. When the film reached home video, he had new sound mixes made – taking the bits he and sound editor Ben Burtt liked best from the three different mixes made for the 1977 release. (As discussed here, the film was originally slightly different depending on whether you saw it in 70mm with six-track Dolby Stereo, on 35mm with Dolby Stereo, or in mono.) After that, of course, came the Special Editions, the revised special editions, and the long and painful history of CGI Jabbas, Greedo shooting first, Krayt dragon calls and so on.

Today, the only legal way to see precisely what first-run audiences saw is the sub-standard transfer of the original cut which was issued as a DVD bonus feature in 2006.

Yet if Star Wars had been a modest success, or even a flop, we’d surely be able to buy a perfect Blu-ray transfer of the film exactly as we saw it in 1977. How’s that for irony?
at 11:00

I've thought that were SW a flop, a lot of the keenest of us fantasy film fans would be holding it up as a great cult movie. That and its cheap, but perfectly serviceable, sequel Splinter.

Yes, I'm absolutely sure you're right. And we'd have a near perfect Blu-ray release of the original cut, too!